The death toll from an attack in eastern Democratic Republic of Congo blamed on the notorious ADF militia on Sunday doubled to 12, the Congolese army said. 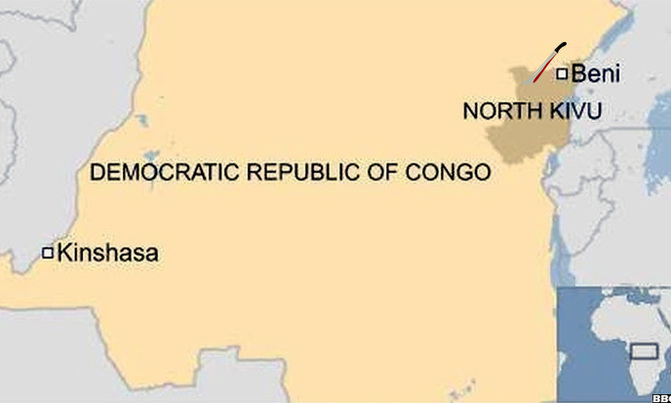 Six people died from machete wounds and the bodies of six others who were kidnapped were later found, an army spokesperson said in a statement. An unknown number remain missing.

The Allied Democratic Forces, ADF, is blamed for slaughtering around 800 civilians over the past year in the province which borders Uganda.

The United Nations said in July the group’s attacks could constitute crimes against humanity and war crimes.

The ADF, which originated in the 1990s as a Ugandan Muslim rebel group, is one of more than 100 militias that plague the eastern provinces of the vast country.

The group makes money notably through wood trafficking and DR Congo officials suspect some military are complicit in its violent raids.

The ADF has never claimed responsibility for attacks. But since April 2019, several of its assaults have been claimed by the so-called Islamic State’s Central Africa Province, without providing proof.