The Gulu based Battery Operated Systems for Community Outreach, a Catholic Information Communication and Technology organisation has won the 2010 Breaking Borders award according to an announcement by Google and Global Voices today.

The award honours societies, individuals, companies, organisations or groups of people who demonstrate their energy in using the Internet to advocate for freedom of expression. 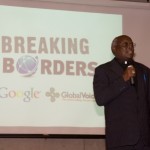 The Archbishop of Gulu, John Baptist Odama received the award supported by the Thompson Reuters Foundation on behalf of the Gulu Catholic organisation on Friday in Santiago, Chile.

The award worth over 20 million shillings ($10,000) recognizes the excellent work the organisation has done in the promotion of online free expression for poor communities in the technology category in Northern Uganda.