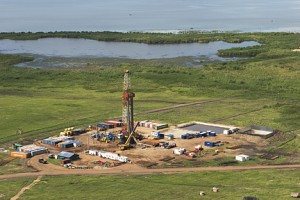 Tullow Oil is planning to invest in Uganda oil refinery and production as part of their development programme expected to start off in 2011 from the Kasamene field.

Tullow Oil has put aside 8 billion dollars for the 5 year project, which will be divided to build facilities that will enable better production of oil and building several oil wells.

The General Manager of Tullow Oil, Brian Glover says that their company is working closely with the government of Uganda on plans to accelerate exploration in the Albertine region and begin a multi-well program with a second rig in Block 1 in June.