People living with HIV in Uganda and Africa in general are in trouble due to limited access of CD4 machines. And the situation gets worse when some of the few CD4 machines available in some African communities are stolen. For example suspected thugs recently went away with a CD4 machine in Teso sub region in eastern Uganda leaving the people living with HIV/AIDS yarning for help. Because CD4 machines are few in Africa, some bad characters in the society steal and sell them to other countries.

A CD4 count machine is very important for HIV/AIDS care and treatment because it allows doctors and other medical experts to know when to start patients on life-saving therapy. Whereas there are many efforts to increase access to antiretroviral treatment for HIV, many essential HIV/AIDS laboratory tests such as the measurement of CD4 T lymphocytes in the peripheral blood are still expensive to carry out. 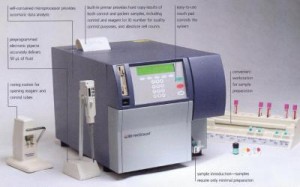 CD4 count machines are critical to the fight against HIV/AIDS

The CD4 counts help to determine the stage of HIV infection, and it guides drug choices. CD4 machines in other wards indicate the patient’s responce to treatment and disease progression. During the HIV tests, the CD4 machines are used to measure the levels of other types of immune cells and the total number of lymphocytes.

A patient is able to get his/her results within a few days after being tested on a CD4 machine. The CD4 cells are part of the human body’s defence against infection. The peoples’ CD4 cells decline in the course of HIV infection as the person’s immune system becomes weak. A normal CD4 level is about 1,000 cells in a microlitre of blood more than 20% of total lymphocytes. The CD4 test is repeated every four to six months to track the infection and predict its course.

The HIV prevalence in Uganda is currently standing at 6.2 %. This has risen by more than 2 % since 2005 when the country’s prevalence stood at 4.3%. The HIV spread in Africa is attributed to excessive alcohol consumption and reluctance to use condoms.