The leaders of the Democratic Party have formed a militia group they have named Bukoto South vote protection brigade which the party intends to use to man the election exercise in Bukoto. 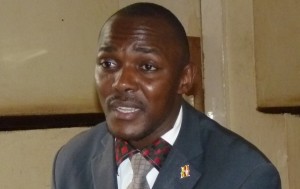 The sources in DP say that the brigade is being sponsored and recruited by Makerere University councilor to Kampala Capital City Authority, Bernard Luyiga.

We have learnt that most of the members of the newly formed brigade are students of Makerere University, youth living in the slums of Katwe and Kisenyi among others.

Luyiga says that the brigade members are highly committed, determined to face off with vote thieves, and so courageous. The voting exercise will take place on July 12th.