In order to further improve accountability, the Uganda Revenue Authority (URA) has informed the public that URA has started sending out SMS messages to importers whose mobile phone numbers are in the URA database. 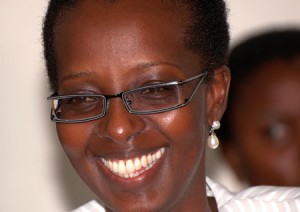 The SMS messages indicate provisional taxes assessed, final taxes assessed where amendments to the declarations have been made, amount of taxes paid in the bank for the specified transaction and amount credited on and debited from gloss payment accounts for companies that operate such accounts.

The URA commissioner in charge of customs, Richard Kamajugo says that other messages will include debit and credit of bond security accounts for transit and warehousing transactions for customs agents and warehouse keepers respectively.

Kamajugo says that the URA clients that receive messages which are not intended for them or those that might wish to update their mobile phone numbers are requested to advise URA immediately.