The opposition pressure group, called For God and my Country (4GC) says it had strategically scaled down some of its activities for some time in order to give the country an opportunity including political activists to reflect on the events of the past one year and activities of activists for change (A4C) in general.
The coordinator of 4GC who also doubles as Masaka Municipality MP, Mathias Mpuuga says that the leaders of 4GC also thought that the NRM regime had learned from past mistakes and would take advantage of the budget process to put more emphasis on the social-economic ills bedeviling the country. 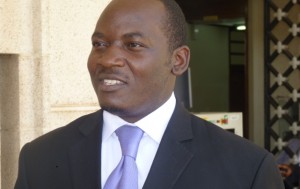 Mpuuga says that to the consternation of 4GC, the budget was largely anti people and anti development necessitating more activism.

He says that the notion that political and social agitation is now irrelevant because the conditions have ‘improved’; that inflation is down, load shedding has reduced, economy is growing steadily is a lie. Mpuuga adds that the economy has not improved and the ministry of finance is using cooked up figures.
“Schools are half empty all over the country. The budget does not have any provision for lunch in primary schools and expenditure on education is minimal. Children have been sent home, they have not cleared their fees. Electricity is prohibitively expensive, now there is even VAT on water. Health facilities are completely broken down and the country is in a health crisis. Businesses are closing down every single day. People are losing their property mortgaged to banks due to the prohibitive interest rates coupled with an uncertain environment,” he explains.

President Museveni in his state of the nation address recently congratulated the Inspector General of Police, Lt.Gen Kale Kayihura on crushing A4C/4GC protests. But with the resurrection of A4C/4GC activities, Ugandans are waiting to see between the government and the opposition who will have the last laugh.

Mpuuga also alleges that Museveni and KCCA’s Jennifer Musisi are systematically and discriminatively eliminating poor people who have been making their livelihoods in Kampala, in the guise of keeping the city clean, without offering tangible alternatives for their survival. This inhuman and senseless attack on the poor people will soon be a recipe for disaster. We are also aware that it’s a disguised security operation supposedly to prevent a Tahrir style uprising in Kampala and has nothing to do with making Kampala better. He says 4GC will not allow this and they will struggle alongside their people to ensure that their livelihoods are not threatened.

The 4GC coordinator also laments that corruption is still a cancer to the NRM regime and institutions and that KCCA is now a conduit and theatre of corruption, with huge sums of money inexplicably withdrawn from KCCA accounts on an occasional basis.
The MP also adds that “many Ugandans, especially the youths are wallowing in abject poverty and unemployment. The politically initiated youth fund has been undermined by unrealistic and bogus access conditions. The fund is also an exclusive preserve for NRM cadres intended to financially empower them at the expense of other Ugandans. Institutions such as KCCA that had originally been mandated to manage it are corrupt and inept. We there fore enjoin the youths of this country to stand up against such forms of deprivation, discrimination and neglect so that they redeem their image and that of the future generation. The recent research findings that change of the regime is not possible through elections under the current electoral system of a state sponsored Electoral commission was an obvious statement because Ugandans now have no confidence in the electoral system. We shall continue to agitate for the disbandment of the EC, reform of electoral laws to restore the confidence of the people in electoral democracy. Only this will save the country from plunging into violence again”.

Mpuuga says that the land in Uganda is systematically being grabbed by Museveni and his cronies in all parts of the country. The poor are being displaced and dispossessed in the name of fake investors, who are in factual fact Museveni’s fronts for exploitation. In Bunyoro kingdom, he says, the land grabbing has reached alarming proportions. In Karamoja, land with immense mineral resources is being grabbed reportedly using Janet Museveni who was strategically made minister for Karamoja.
“We the 4GC and A4C we are therefore resuming our nationwide activities to sensitize the masses about the immense and enormous maladministration, corruption, nepotism, political and economic injustices among other issues. We will be having activities in Kampala and eventually move to other parts of the country starting with Western Uganda, and the detailed program shall be availed in due course. We will not be deterred in our activities and we will challenge any maneuvers aimed at denying our fundamental rights and freedoms. We have indeed petitioned the constitutional court challenging the illegal ban of A4C and 4GC, and we will continue to challenge other obnoxious and archaic laws,” Mpuuga threatens.