This was contained in his condolence message to the bereaved family and the entire business community.

In a statement, Mutebile who’s also the Chairman Board of Trustees Makerere University private Sector Forum says Professor James Mulwana was one of the Trustees and founder members of the Forum since 2006. 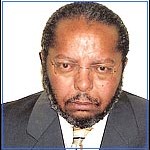 Mutebile says that as a result of his good leadership in business and Private Sector development in the country, Mulwana earned an Honorary Professorial award of Makerere University in December 2006.

Mutebile says the country has lost a great man, a visionary industrialist whose institutional memory should be tracked and documented even when has passed on.

Meanwhile, the shadow minister of finance Geoffrey Ekanya says he will move a motion before parliament in recognition of Late James Mulwana’s contributions to the country.

He described him as someone who lived a decent life, respectful, honest, principled and approachable.