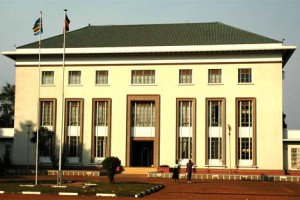 Yusuf Mutembuli who contested on Independent ticket in the last parliamentary election and lost to Bunyole East MP Moses Nagwomu Musamba (NRM) had been  threatening to drag his opponent to  court over election irregularities but he shifted to challenging qualification of his political rival. Nagwomu says Yusuf Mutembuli has defamed him on a lot of issues including an issue that he, Nagwomu, did not go to school to attain the minimum required academic qualifications for one to contest for Member of Parliament.

Nagwomu’s lawyers M/s Ochieng associated Advocates and Solicitors recently wrote to Moroto high school authorities inquiring if their client attended and sat Uganda certificate of education (UCE), with details pertaining to the year he sat and any other relevant documents. To that effect, the Moroto high school head teacher Father John Bosco Kutegana replied on June 24, 2016 with certified lists showing his admission number, UCE registration number bearing the name Musamba Moses as having been one of the students that sat senior four national examinations of 1993, a copy seen by journalists at parliament.

Mutembuli however, could not be reached to give his side on the allegations.