The Democratic Party has demanded that government extends the dates of elections to village councils to allow fresh registration of voters at village level. 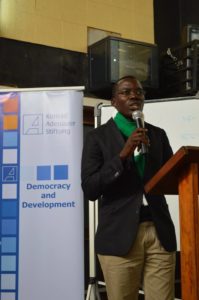 Secretary General of the Democratic Party.

The Democratic Party officials led by the party deputy secretary, Gerald Siranda, and the party vice president in charge of Buganda, Betty Nambooze, while appearing before the public service and local government committee of parliament which is scrutinizing the local government Amendment Bill 2016, said that government should consider giving ample time to voters and the updating of the register in addition to giving sufficient time for candidates to be
nominated and conduct campaigns.

Siranda said that the local government amendment bill 2016 should give the voters register display 7 days instead of 2 days as proposed in the bill to give much time to voters to identify the problems in the registers.

He also pleads to the committee to reject the government proposal in the bill that gives power to the electoral commission to preside over the tribunal that will receive complaints from voters over the problems in the voters register. 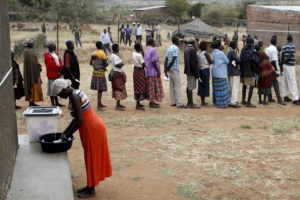 Citizens in the north eastern part of Karamoja while casting their votes in an election.

Siranda said that the commission should not be in charge of this tribunal since it was part of registration of the voters in voters register and instead advised that this role remains with parish tribunals to avoid biasness when there are disputes arising from the voters register.