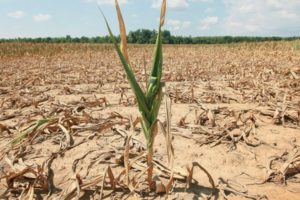 Maize gardens in some parts of Kenya have completely dried up.

rought throughout East Africa that has sharply curbed harvests and pushed the prices of cereals and other staple foods to unusually high levels, posing a heavy burden to households and special risks for pastoralists in the region, according to a press statement.

Local prices of maize, sorghum and other cereals are near or at record levels in swathes of Ethiopia, Kenya, Somalia, South Sudan, Uganda and the United Republic of Tanzania, according to the latest Food Price Monitoring and Analysis Bulletin (FPMA).

Inadequate rainfall in most areas of the sub-region has put enormous strain on livestock and their keepers. Poor livestock body conditions due to pasture and water shortages and forcible culls mean animals command lower prices, leaving pastoralists with even less income to purchase basic foodstuffs.

The trends in East Africa, where prices of staple cereals have doubled in some town markets, stand in marked contrast to the stable trend of FAO’s Food Price Index, which measures the monthly change in international prices of a basket of traded food commodities. 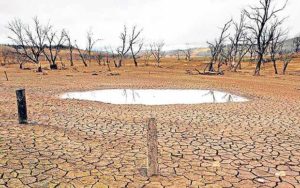 Water for animals has become scarce leading to the death of a number of animals.

The difference is due to the drought that is hammering the sub-region, where food stocks were already depleted by the strong El Niño weather event that ended only last year. Poor and erratic rainfall in recent months, crucial for local growing seasons, is denting farm output.

Somalia’s maize and sorghum harvests are estimated to be 75 percent down from their usual level, and some 6.2 million people, more than half of the country’s total population, now face acute food insecurity, with the majority of those most affected living in rural areas.

The FPMA Bulletin tracks food price trends on a granular level and in local terms, with an eye to flagging instances where the prices of essential food commodities increase sharply or are abnormally high.

In Mogadishu, prices of maize increased by 23 percent in January, and. the increase was even sharper in the main maize producing region of Lower Shabelle. Overall, in key market towns of central and southern Somalia, coarse grain prices in January have doubled from a year earlier.With an earlier than usual depletion of household stocks during the coming lean season and preliminary weather forecasts raising concerns for the performance of the next rainy season, prices are likely to further escalate in the coming months.

Maize prices in Arusha, United Republic of Tanzania, have almost doubled since early 2016, while they are 25 percent higher than 12 months earlier in the country’s largest city, Dar Es Salaam.

In South Sudan, food prices are now two to four times above their levels of a year earlier, exacerbated by ongoing insecurity and the significant depreciation of the local currency.

In Kenya, where eastern and coastal lowlands as well as some western areas of the Rift Valley all suffered below-average rainfall, maize prices are up by around 30 percent, with the increase somewhat contained somewhat thanks to sustained imports from Uganda.

Drought-affected pastoral areas in the region face even harsher conditions. 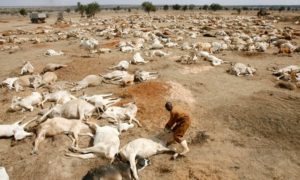 Kenya’s animals have been affected with a majority dying due to lack of water and pasture.

In Somalia, goat prices are up to 60 percent lower than a year ago, while in pastoralist areas of Kenya the prices of goats declined by up to 30 percent over the last twelve months.

Shortages of pasture and water caused livestock deaths and reduced body mass, prompting herders to sell animals while they can, as is also occurring in drought-wracked southern Ethiopia. This also pushes up the prices of milk, which is, for instance, up 40 percent on the year in Somalia’s Gedo region.

Lower income from livestock collides with higher prices for cereals and other staple foods in a wrenching shock to terms of trade for pastoralist households. A medium-sized goat in Somalia’s Buale market was worth 114 kilograms of maize in January 2016, but at today’s prices can be traded for only 30 kilograms of the grain.

FAO uses its proprietary FPMA Tool, accessible to the public online, to monitor local markets and gather data for more than 1350 domestic price series in 91 countries around the globe in order to produce its Indicator of Food Price Anomalies