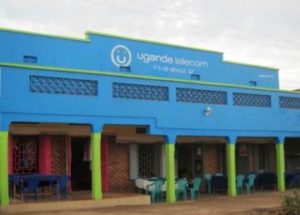 One of the UTL painted commercial buildings.

The select committee investigating asset stripping and financial fraud in Uganda Telecom Ltd has directed the UTL board to produce an updated asset inventory and explain disparities in salary payment for top management.

The board chairman, Stephen Kaboyo, who led the delegation before the parliamentary probe committee chaired by Phillip Okin Ojara, Chua West MP was also questioned why the company that has a number of arrears including tax obligations pays local staff in US dollars whereas top company officials also take home huge salaries.

Ruhindi North MP, Thomas Tayebwa, noted that the board approved the liquidation of certain properties such as the one at Nsambya road which he said was sold at a lower price of US 1.5million in 2014 yet one bidder Guma and Co Advocates had offered to buy the same property at US $36 Million in 2011.

The corporation secretary, David Nambaale, says the process was not completed in 2011 because the board members from Libya did not sign the agreement following UN sanctions that year and that Guma did not submit a fresh bid in 2014.

He adds that the Nsambya property was sold at the right price considering that siting tenant had a lease of 15.

Ojara also asked the board to respond to allegations of insider dealings, decision of the board in relation to payment of management, asset stripping, issuance of a blank cheque by management and the no government audits into UTL. 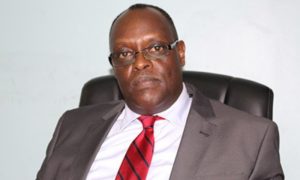 Stephen Kabayo the board chairman UTL

Kaboyo however asked the committee to allow him submit in camera and his request was granted.