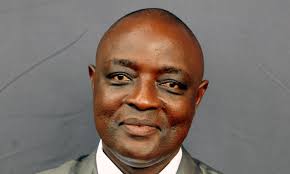 Vicent Sempijja the minister of agriculture.

The Minister for Agriculture, Vincent Bamulangaki Ssempijja,on Friday told members of parliament that Uganda’s food crisis has worsened has reached an alarming stage.

The minister also said currently the available food stocks can only serve the famine hit areas with people in dire need only up to June this year.

Ssempija  said this while updating  MPs on the ongoing drought in the country , adding that, the number of people who need food relief has increased from 1.3 million people from November last year to 1.5 million by January of this year.

He however, said that government has provided 52 billion shillings to help provide food to 26 percent of the population who are in food crisis and has assured parliament that 10 billion shillings of these has been released.

Sempijja also said that the situation of water shortage has worsened where by 66,000 Turkana livestock from Kenya and to path from South Sudan causing water shortage. 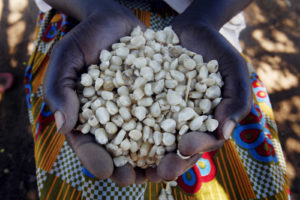 A woman displays a handful of maize seeds in a palms.

He also informed parliament that they expect the rainy season to begin from March up to mid-April in some areas but added that the central and south western parts of the country are most likely to receive above normal rains.

Agago County MP, Moris Latigo Ogenga, demanded that government gives a report on what they plan to do for the country especially famine hit areas in the next 6 months.
Sempijja said that Government will give food to only families in dire need.

Charles Niwagaba, the Ndorwa East MP attempted to move a motion to throw out the minister’s statement because it had inadequate action to food crisis in the affected areas.
The speaker later deferred the debate on the matter until Tuesday next week