SHE CRANES WITH A LIONESS HEART

On 29th June Uganda she cranes made an outstanding game by beating Zambia 67-50 in the women 2017 Africa Netball Championship making all proud. 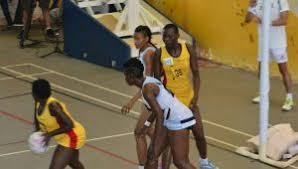 unbeatable champions. The cranes that own the yard, marking their territory by securing a win at each game at Lugogo Indoor Stadium in Kampala.

She cranes raised Uganda’s flag above Zambia, Namibia, Botswana,Zimbabwe and  Malawi who is ranked 6th in the world. Currently ranked 9th in the world from the former 13th position before this tremendous performance in the netball championship.

Upon meditation of victory, the She Cranes entered the final day walking tall, after they got a boost from Uganda’s President Yoweri Museveni, who gave them and the U-20 netball teams a sh96 million . Its amazing how the president of Uganda applauds champions in the field of sports.

The killer team  was comprised of Peace Proscovia – Goal Shooter, who plays professional at Loughborough Lightning in England played along side Lilian Ajio – Goal Defender, Stella Nafuka – Goal Keeper, Wycline Natwentwa –Wide Defender, Betty Kiiza – Centre, Halima Nakachwa – Wide Attacker, Stella Oyella – Goal Attacker.
SHARING THE CAKE
The ladies hoped to receive more than 1m each in allowances, while the assistant coach and manager received sh50.000 each and the publicity manager received sh200,000. Raising eyebrows of why the other money is imposed to cater for the juniors team’s ( the pearls ) world cup in Botswana.
As for the rest of the money, state sports minister Charles Bakkabulinde explains that there were items on the pearls budget that were not earlier covered in the National Council of Sports.
” So we met with the Uganda Netball Federation (UNF) and agreed how these items would be covered in the 96m. We did not impose anything there was an agreement.