MPs say the student loan scheme is only benefiting a few 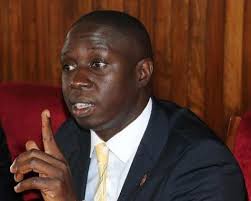 Members of Parliament have noted with concern that the current government student loan scheme is only benefiting 1,325 students at University and Tertiary level leaving out a number of young needy applicants.

A report tabled before the Parliamentary Equal Opportunities Committee Chaired by Kampala Central MP, Mohammed Nsereko, shows that the available funds could only cover 46.3%.

Since the beginning of this scheme which was established by the Higher Education Student’s Financing Act 2014, in the financial year 2014/15 a total of 3,799 students have benefited out of the 10,288 number of students who had applied.

The Higher Education Student’s Financing Board which is a body running the students loan scheme is considering expanding the scheme to cover the continuing students, masters and doctoral to enable such students who are already at universities  because they meet various challenges tuition fees needs. 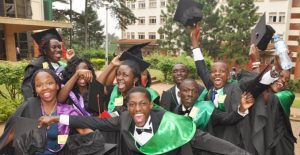 University students jubilating at a graduation

It was also noted that the number of girls benefiting from this scheme is still small compared to the males students who stand at 2,845 against their female counter parts at 919 students.

The Higher Education Student’s Financing Board is expected to start recovering the loans given to the  first batch of  students in 2019.