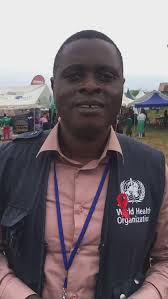 With more Africans now seeking to lift the quality of drugs they consume and better the health sector on the continent, African Union member states are soon launching the African medicines agency that will be responsible for regulating as well as harmonizing the standard and quality of medicines and other health consumables to be used in Africa just like it is in Europe and America.

Speaking during the interview with the Chairman, International Alliance of Patients’ Organizations (IAPO), Dr. Karadip Sehim, on why they are coming up with the agency he says;

“The population on the continent has for years used drugs from Europe, India and America which have not been fully researched and tested on Africans’ geno types which he says is very dangerous,” adding that “We now as Africans need to set up this agency so that we shall learn and regulate the kind of drugs to be used in Africa for better treatment,”Dr. Sehim says.

He further notes that Africa being a disease burdened continent, fake drugs have found their way into the region causing adverse negative effects to patients which then leads to increased health costs for both governments and the population.

Then the corporate affairs director from PFIZER one of the global pharmaceutical companies, Margaret Olele, says this move will also increase patients engagement with drug manufacturers to get to know which best drugs to produce for which disease for better cure for the Africans. 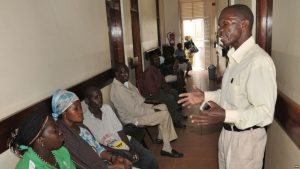 WHO Uganda advisor on tropical diseases, Mugaga Kagwa, says this agency will help solve the burden of unsafe drugs on the continent which have caused harm to 1out of 10 hospitalized individuals being admitted as a result of unsafe drugs with 8% of the people getting challenges yet 83% of these could be avoided.

Africa accounts for 15% of the world’s population with 25% global disease burden still in Africa but with limited access to quality, safe and efficacious medicines being a key contributing factor.