Over along evince of humanitarianism by way of rescue of migrants from the Mediterranean sea Italy has declared fatigue. The influx of immigrants have dwindle the capacity of Italy to continue hosting more and the government is considering to close its ports after 11,000 refugees arrived also seeking asylum.

Immigrant come from Nigeria, Cote D’ivore, Gambia and Guinea fleeing from the political unrest and in search of a better economic favors. Many of the refugees travel on fatal voyages from the Mediterranean sea to Europe with hope of better jobs.

The International Convention for the Safety of Life at Sea dictates that any ship learning of distress at sea must assist regardless of circumstances, and that the country responsible for operations in that area has primary responsibility for taking them from the ship. 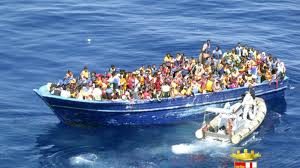 Only abiding by the law and now overwhelmed. The Italian government has given its ambassador to the EU, Maurizio Massari, a mandate to raise the issue formally with the European commission to seek permission for a drastic revision of EU asylum procedures. One idea being discussed is denying docking privileges to boats not carrying Italian flags that seek to land in Italian ports, mainly in Sicily or Calabria.

Italy in congruence with Greece have been the only countries that have opened up their ports for the African immigrants. Italy’s interior minister, Marco Minniti, called on non-Italian European ports to open up to the migrant rescue ships that assist some of the thousands of migrants arriving on Italy’s southern shores.

Italian neighbors had refused to open up their borders to asylum seekers like before pumping up more pressure on Italy and Greece. The two countries need financial support from Eurpean Union so as to tackle a culminating situation.

The executive European commission will give more emergency funding to Italy and wants EU states to put up more money to assist African countries, an EU official said, hoping that better conditions at home will keep people from leaving in the first place.

Meanwhile,  Home Office is missing its own deadlines for finding emergency accommodation for homeless and destitute asylum seekers, as well as wrongly refusing those who make claims for emergency assistance according to Research conducted by Refugee Action.

Refugee Action analysed 315 cases logged between January 2016 and March 2017 in which they or another refugee charity, Asylum Support Housing Advice (ASHA) in Manchester, helped asylum seekers to apply for support.

Some families have been forced to stay in accommodation deemed not fit for habitation, with leaking toilets, inadequate proper sleeping materials and no heating during cold days.

Asylum seekers cannot receive mainstream support while they wait for the decision to be made on their claim, however relief is available for the destitute. Section 98 supports providence of emergency accommodation and board, while section 95 support is longer-term and entitles people to accommodation and an allowance of £36.95 per week.

Women and children are prone to sexual violence,abuse, exploitation and detention during this journey stated unicef. Children are also exposed to trauma, human trafficking and death. 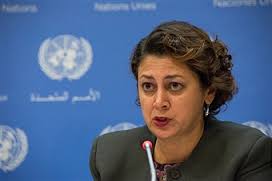 dangerous migrant routes for children and women,” said Afshan Khan, UNICEF Regional Director and Special Coordinator for the Refugee and Migrant Crisis in Europe. “The route is mostly controlled by smugglers, traffickers and other people seeking to prey upon desperate children and women who are simply seeking refuge or a better life. We need safe and legal pathways and safeguards to protect migrating children that keep them safe and keep predators at bay.”

Over 8,863 migrants arrived in Italy, following 36,703 that had arrived So far this year by 19 of April and  1,486 fatalities of the same date beating 593 deaths recorded last year by International Organisation For Migration.