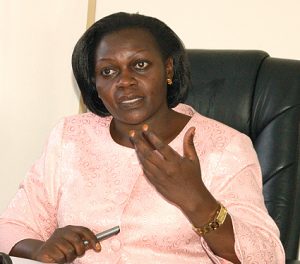 In a bid to promote local pharmaceuticals from imported drugs, the government of Uganda through the health ministry yesterday announced a 10% increase from 2% to now 12% on the verification fees charged on imported drugs.

Addressing a news conference on Monday  in Kampala, the State Minister for Health In-Charge of General Duties, Sarah Opendi, said  Uganda has been importing 37 drugs which are also locally manufactured by drug companies here and that this has made it very difficult for the local companies to thrive hence the increment in the levies.

Among the drugs affected by the new guideline, include; Amoxline, Albendazole, Dextrose, Paracentamole, Orals among others with the selection made following the ministry of health and National Drug Authority’s (NDA) assessment of domestic manufacturers’ capacity to sufficiently meet the demands for the 37 selected medicines.

However, the Executive Director, NDA Dr. Donna Kusemererwa, says that the new guideline will see the country’s health sector increase procurement of locally manufactured drugs from 20% to over 83% annually.

Government has also assured the general public to fully trust the locally manufactured drugs saying they also provide the same treatment just like those imported from India, Germany, UK and the USA.

Skeptics have however, questioned the manner quality will be assured in addition to pricing of the drugs.