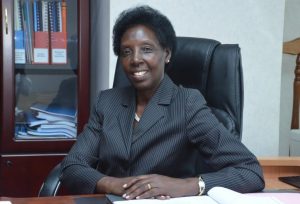 The long awaited Marriage and Divorce Bill is still facing resistance from some MPs and a cross section of the public who say though it has been amended; it does not address all the concerns earlier raised against it.

However, the Uganda Law Commission (ULC) has asked Parliament Speaker, the Rt.Hon. Rebecca Kadaga, to order the Minister of Justice and Constitutional Affairs to table the bill before Parliament for the first reading.

According to Uganda Law Reform Commission (ULRC) Chairperson,Vastina Rukimirana, the title of the bill was  changed to the Marriage Bill and that the contentious cohabitation provision which previously stared arguments has been removed.

“We reviewed the bill along the recommendations from the numerous stakeholders. We agreed to remove all the controversial clauses,” she said.

MPs however, argue that they need to consult more with their voters to ensure that they are in agreement with the current amendments. Zombo District Woman MP,Grace Kwiyocwiny, who is also the State Minister for Northern Uganda says that she has no problem with the bill if the contentious issues are removed.

Buyaga West MP, Barnabas Tinkasimire, when contacted for a comment about the bill said that he will make a decision after consulting his constituents whereas his counterpart the Buyaga East MP, Eric Musana, said a lot of consultations will need to be done at the grass roots so that there is no pending issue like it was previously.

The Marriage and Divorce Bill is expected to be re-tabled in Parliament after proposed amendments were presented to Kadaga.

ULC had been had earlier been tasked by the Justice and Constitutional Affairs Minister, Kahinda Otafire, to review the Bill hence its renaming and scrapping of the controversial clauses. 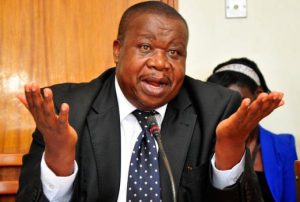 Dubbed the Marriage Bill, the Commission made it more inclusive of all marriage types in the country while at the same time deleting all clauses such as the one on co-habitation that had earlier sparked outrage among citizens

Kadaga noted that rights for those cohabiting had to be protected especially for children born out such relationships, and for couples who had been together for over 30 years.

“Co-habitation is a reality; it is high time we stopped burying our heads in the sand. We need to protect the interests of these in the bill,” Kadaga said.

The Marriage and Divorce Bill, which came into the spotlight in 2009 was seen to be a platform to right the wrongs that were seen to done to women in marriage.