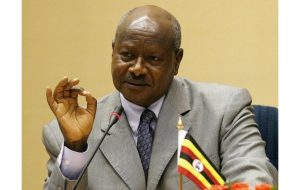 As Uganda joined the rest of the World yesterday Monday June, 11, 2017 to commemorate the World Population Day, authorities have come out to admit that early pregnancies is still one of the most crucial challenges that hinders sustainable development.

Early pregnancy is said to be at 25% and this has stagnated for the last 10 years. This means that in Uganda, one out every four of our teenage girls has had a baby before they reach 19 years.

Reports also indicate that 134,000 Uganda girls and young women today have been subjected to FMG/C. 68% of adolescent girls between ages 15-19 today have never attended any secondary school.

Furthermore, according to the Uganda Aids Commission (UAC), 66% of all HIV infections are contracted by the adolescent girls. This figure collarets with what is found in reports from districts health facilities and partners working on HIV/Aids issue across the country.

This year’s event was held in Busia district at Madibira Primary School under the theme; “Strengthen Youth Competitiveness for Sustainable Development”. 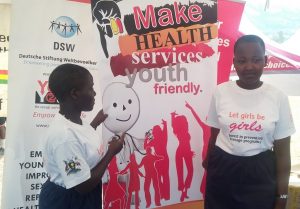 The day was designated by the United Nations in 1987 when the total world population hit the five billion mark.

This is an annual event, observed on July 11 by all United Nations members states to raise awareness of population issues like; maternal health, gender equality, poverty alleviation, family planning and youth empowerment.

The function was presided over by President Yoweri Museveni who went on to support the need for a large population for Uganda.

“I am a happy man, because my children and grandchildren have increased. Population increase is good and it is a sign of the good services we are offering. Children are longer dying and we have more people living,” Museveni said.

However, the Netherlands ambassador, Henk Bakker, who was in attendance at the same function had earlier warned of dare consequences in future if Uganda doesn’t check its population.

“If the current growing population is not checked, Uganda will be suffering with a big number of its population uneducated and majority not accessing health services,” Bakker said.

Museveni, however, said, that a huge population is Uganda’s biggest asset that can be used to develop the country.

“The most important asset in Uganda is its people.But you are fighting for gold, oil and other minerals.The wealth of any country is its people, especially when they are educated, healthy, skilled and innovative,” Museveni said.

It is no wonder therefore that this year’s theme was adopted to highlight the challenges that are faced by young people and the need to improve their competitiveness.

Some of the major challenges that still remain are;

Maternal mortality ratio is still a challenge for no woman deserves to die while giving birth and though fertility is reducing, an average of 5.4 children per woman of child bearing age is still high.