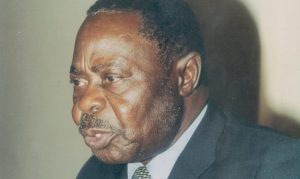 Late Ssebana Kizito who was a businessman and politician

Much has been said about the late Ssebana Kizito who was over the weekend laid to rest at his ancestral home in Luwero district. Ssebana was mostly a combination of Business and Politics throughout his life time.

However, his political carrier may perhaps have been more dramatic of all his undertakings. During the 2001 presidential and parliamentary elections, President Yoweri Museveni one of the candidates had lushed out at Ssebana, then Mayor Kampala City Council (KCC) his opponent who he said had failed to keep the city clean had hence can’t be trusted with the mantle of leading the country. “I have even noted blue flies at State Lodge Nakasero, hardly a kilometre from the headquarters of KCC”.

However, typical of his style, Ssebana had quietly retreated to think of an appropriate fire-back to this accusation patiently waiting for his time to react. “Wamma I have also been wondering where all these flies always come from. So they come from State House in Nakasero!”He had retorted in his trade mark hoarse voice at one of his campaign rallies in Kampala.

Below we look at some of the areas of interest that characterised this great man of the the nation who was accorded a state funeral by government in recognition of his contribution to the country.

Born on September 12, 1934, in Mpande Luwero district, Uganda, Politician and business man Ssebana was the president of the Democratic Party (DP) in Uganda from 2005 to 2010. He joined politics before Uganda gained her independence and because of his businesses, he was reported to be one of the wealthiest people in Uganda, having sizable holdings in real estate and insurance. Ssebana died from a stroke which had affected part of his body, including the brain on 3rd July 2017 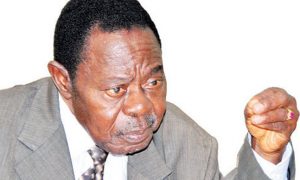 Ssebana Kizito during his political time

In 1963, He graduated with a Master of Arts (MA) degree in Economics from the University of Oregon in Eugene, Oregon, in the United States. He later joined the Switzerland Institute of Insurance where he trained in Insurance, his most practiced profession.

On returning home from Oregon in October 1962, he became investment executive at the Uganda Development Corporation, the holding company that managed all government-owned enterprises. Four years later, he joined the National Insurance Corporation (NIC), where he rose to the position of managing director before he left in 1980 to go to Parliament. 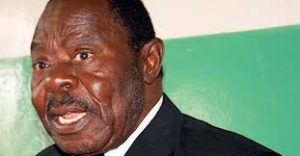 As a stateman, Ssebana served under Uganda’s different regimes, including Idi Amin’s, Milton Obote’s and the current President Yoweri Kaguta Museveni’s rule. Ssebaana joined active politics at the age of 29 and by the time he was 30, he was an East African Assembly MP (then parliament of Uganda, Kenya and Tanzania under the East Africa Federation).
For ten years, starting in 1967, he was a member of the East African Legislative Assembly, an arm of the East African Community (EAC). This was after his stint as National Executive Officer. He was also shadow minister of foreign affairs between 1981 and 1985, during which he was also Acting Leader of the Opposition. Ssebaana also took up ministerial roles, first as minister of cooperatives and marketing from 1985 until 1987, and then as minister of regional cooperation from 1987 until 1988.
When Musevenis National Resistance Army took power in 1986, Ssebaana was one of its first ministers in its broad base government, having joined the coalition that was based on the so-called gentlemans agreement. He served as the Minister of Housing in the first Museveni administration.

In 1989, Ssebaana was Member of Parliament in the National Resistance Council (NRC), the legislature at the time. He later became the Constituency Assembly Delegate in 1994-95 representing Makindye East Constituency.

Ssebaana has also been the National Treasurer of the Democratic Party for the last more than 20 years until November 2005 when he was elected Democratic Party President General. His vast political journey later sees him twice elected Kampala Lord Mayor (between 1998 and 2006). This role was a sort of a ping-pong affair with Hajji Nasser Sebaggala.
At first, Ssebaana replaced Sebaggala in 1999 before tables turned and he was replaced by Sebaggala himself in 2006.

Another chapter of his political career saw highly experienced Ssebaana run for the top seat in the 2006 presidential election as DP’s flag bearer. The Daily Monitor Poll put incumbent Yoweri Museveni of the National Resistance Movement in the lead (47.1%), Dr. Kizza Besigye of the Forum for Democratic Change (31.9%), Miria Obote of the Uganda Peoples Congress (4.8%) and Ssebaana (4.6%). Even an earlier poll by the government owned The New Vision put Ssebana in 4th place after Dr. Besigye, Museveni and Miria. Those may be opinion polls, and the final results may indicate otherwise especially after Ssebaanas re-electrifying campaign that reminded many Ugandans of their dear Party and made many of them to proudly raise the clenched fist-the partys symbol once again.

Ssebaana hoped that was going to be the case so Democratic Party avoids another stillbirth when opulent hope turned into tears or misery for that matter in 1980. However many speculated that he was hoping against hope as the campaigns are clearly  run between two former comrades, President Museveni and Dr. Besigye.

No doubt he has an illustrious career and experience, is heading a popular party which no Ugandan has bad memories of, yet Ssebaana is not even among the three leading candidates according to recent opinion polls.

From 1977 until 1980, Ssebaana worked as the Chairman of National Insurance Corporation, after which he was elected Member of Parliament for Kampala South. There have been speculations in the party for the last 20 years, that many people hold Democratic Party Cards and love the party, but vote for President Museveni or Dr. Besigye (in 2001).

Businessman
As a re-known business acumen, Ssebaana  started his journey as an Executive Officer of the Uganda Development Corporation and General manger of Crusader Insurance Company (1964), before becoming a Managing Director of the National Insurance Corporation (1965-1980) and a Director in the Central Bank of Uganda (1966-1970. In 1980, he established several businesses including Statewide Insurance Company (SWICO), Uganda’s first private insurance company. He has, until the time of his death, been serving as the firm’s chairman of the board.

Ssebaana died on 3 July 2017 at Nakasero Hospital, in Kampala, where he was admitted two weeks prior, following a stroke.   “Rest in Peace President Emeritus Dr. John Ssebaana Kizito. You emphatically loved Brain Power at play in the game of politics,” was the tribute on twitter from the party after the news was announced of his death. 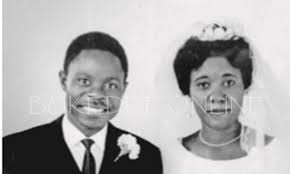 Ssebana was married to Christine Namiiro Kizito, who is based in the UK for 51years.Wife to the deceased could not travel back to Uganda for burial due to illness.He is survived by five children; Joseph Kizito, who works with the World Bank in New York, Ruth Kizito, Joyce Kizito Kajoba, Jennifer Kizito, an engineer; and Ms Christine Kizito, a chemist who is the last born, who all live in London with their mother.

Mr Joseph Mubiru Kizito works with World Bank in New York and is the only known surviving son of Ssebana after two of his sons; Edward Kitaka and Job Kizito died in 2005 and 2006 respectively.