Drama as MP claims UCC’s Mutabazi tried to bribe him 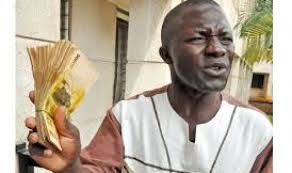 There was drama in Parliament on Wednesday when some members were accused of having been bribed by the Executive Director of the Uganda Communication Commission (UCC), Godfrey Mutabazi, in order to kill a minority report pining him on conflict of interest over his failure to switch off Uganda telecom (UTL) the moment UCC realized it had become insolvent.

A minority report which was tabled by the Member of Parliament for Busongola North, William Nzoughu, had recommended that Mutabazi be investigated by the Inspector General of Government (IGG) so as to properly rule out any conflict of interest regarding the supply of packaging polythene bags, Christmas gift hampers and mineral water to UTL by Semliki Diary &Beverages a company where Mutabaazi is said to own a stake of 30% shares.

Nzoughu said the minority report which was however, later rejected by Parliament  could have been the evidence to pin Mutabazi since UCC for a long time couldn’t  crack the whip on UTL  even when it was clearly seen to be breaching the relevant laws.

However, when MPS on the floor started attempts of rejecting his report, Nzoughu instead accused them of being bribed by Mutabazi as a way of exonerating  him from the current mess at UTL.

“So of you have taken bribes from Mutabazi to kill this matter but i will not allow it happen. There was a serious conflict of interest on the part of Mutabazi to get engaged in business with UTL well knowing the company that was supplying the items had a connection with him.He has attempted to bribe me so that i drop this minority report but i stood my ground,” he said. 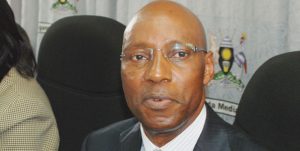 Nzoughu said that Mutabazi first called him for a bribe to abandon the report and when he refused he turned to bribing some MPS to kill the report on the floor which they successful did.

He also reported that while  he was going to table the minority report on the floor of Parliament, he was confronted by a group of MPs who asked him to abandon the report but insisted and tabled it.

But when Nzoughu was told by the Speaker of Parliament, the Rt.Hon. Rebecca Kadaga, to name some of the MPs whom he says were bribed, indicating when and how much each got,the MP  failed to name any of them.

“Hon. Speaker, i cannot name the MPs who got these bribes at this time but i would like to ask you to kindly this house to interest in the matter,” he said leaving his colleagues in laughter while others murmured.

However, Kadaga later ordered for the removal of the allegations from the HANSERED and Parliament approved the main report.