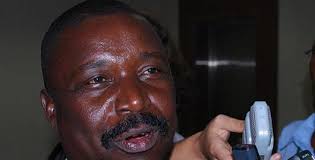 Government has tabled before Parliament a constitutional amendment bill 2017, seeking for compulsory land acquisition by government for development projects.

The was last week tabled before Parliament by the Deputy Attorney General, Mwesigwa Rukutana.

Rukutana brought the bill for its first reading a day after he told the house that the government has not drafted a bill regarding the lifting of article 102(b) for the presidential age limit of 75 years.

Some MPs tried to disrupt proceedings such as the shadow attorney General Wilfred Niwagaba who accused Rukutana of defying the Speaker’s ruling against amending the constitution in piece meal.

However, the Speaker Rt.Hon, Rebecca Kadaga, asked the house not to act in anticipation because herself has not read the contents of the bill.

She urged the house to give Rukutana an opportunity to read out the object of the bill.

She  referred the bill to the  Legal and Parliamentary Affairs Committee Chaired by  the West Budama North MP, Jacob Oboth Oboth and deputized by Gomba West MP  Robina Rwakojjo for consideration.