MPs call for an audit of the KCCA E-city system

MPs have called for a value for money audit of the e-city system employed by Kampala Capital City Authority (KCCA).

The city authority contracted a foreign company TUCKSEE to provide the e-city system for 2.7m dollars.The system is employed to electronically account and manage city revenues.

The Committee on Commissions Statutory Authorities and State Enterprises (COSASE) has however criticised the fact that KCCA failed to collect withholding tax from the vendor of the system.

The auditor general in his report ending 2014 noted that KCCA was according to the contract compelled to pay withholding tax of 6% amounting to 130,000 dollars on behalf of the contractor contrary to the law. 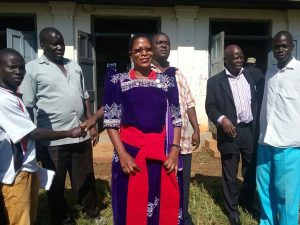 When KCCA tried to amend the contract the contractor lodged a complaint in the court of arbitration and on the 8th of June this year was awarded 211,000 dollars’ worth of withholding tax certificates and late payment costs of 23,000 dollars.

The Deputy Director, Sam Serunkuma, attributed the computation on a special bilateral agreement signed between Uganda and South Africa and the World Bank guidelines on procurement.

However the MPs led by the Deputy Chairperson, Anita Among, refused to acknowledge this response noting that national laws take precedence over trade rules and guidelines.

Musisi tried to argue that there was no loss of funds but was shot down by  Among and Kasilo County MP, Elijah Okupa, who insisted that any breach of the law leads to loss of money.

Among has called for a cost benefit analysis of the entire project. 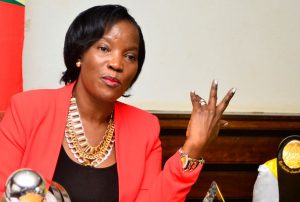 Musisi justified the expenditure of 2.7m dollars on the acquisition of the systems source code that enabled the authority to upgrade the system at will.

The MPs have asked for a list of all Court cases that KCCA is embroiled in, additionally the MP for Lubaga North Moses Kasibante led a call for KCCA to submit the professional CVs of the heads of its procurement, finance and legal so that the committee can analyze their competencies.