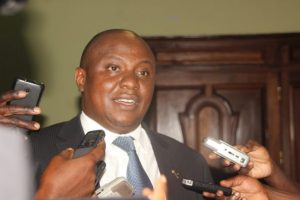 State prosecutors have resolved to suspend their sit down strike for a period of 90 days, to allow government deliver on its promises.

Under their body Uganda Association of Prosecutors, the lawyers laid down their tools last week until government improves their salaries.

It’s against this background that Government promised to increase their pay with the lowest officer set to earn 3.5 million shillings.

In an extra general assembly held on Tuesday at Imperial Royale Hotel, 171, which saw a majority of them  voting to suspend the strike, whereas 12 voted to maintain the industrial action.

David Baxter Bakibinga is the President Uganda Association of Prosecutors.