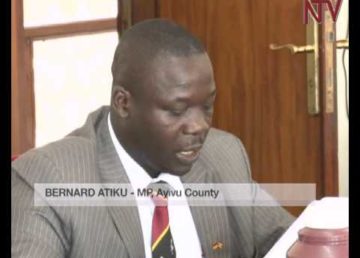 Parliament has granted leave to the Member of Parliament for Ayivu County, Bernard Atiku, who intends to introduce a private member’s bill for an Act entitled; “The prevention and prohibition of human sacrifice and harmful practices bill 2017”.

Atiku’s  motion seeking leave was seconded by the Woman Member of Parliament for Kumi district who is also the chairperson of the Uganda Women Parliamentary Association, Monica Amoding.

Atiku told Parliament that despite the existence of international instruments, national laws and government efforts in place to protect individuals right to life and degrading acts, ritual killings and human sacrifice practices are on rise in the country and that children are increasingly becoming the most common victims.

She said that the bill seeks to fight the growing evil of human sacrifices in Uganda saying  the witch craft Act has lost relevance in today’s circumstances.

Atiku noted that since 2009 about 219 cases of ritual murders have been reported from different parts of the country.

She pointed out that child sacrifice is highly happening in central region districts which include; Mukono, Masaka, Buikwe ,Mpigi ,Wakiso ,Kampala and in Busoga sub region especially in Jinja and few cases in West Nile and Northern Uganda

The Woman MP for Kumi district, Monica Amoding, noted that there is a feeling in the public that traditional medicine which involves blood and use of human body parts is stronger when applied to fight illness which justifies increase in cases of human sacrifice.

Government Chief Whip, Ruth Nankabirwa, said that government has no objection to this bill, saying that the mover of the bill is complimenting government efforts to stop acts of child sacrifice.

Deputy Speaker, Jacob Oulanyah granted the request for leave from Parliament to Atiku to go and prepare for the presentation of the bill.