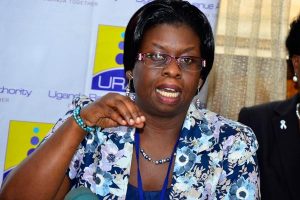 In the 2017-2018 budgets the URA is expected to collect 15 trillion on assumptions over 6% GDP growth, stable inflation rate, increasing private sector credit growth above the current 4.4% and others.

Speaking to media today, Doris Akol, the URA commissioner general said that some of the factors that forced the authority to register a shot fall 457 billion below the target still exist thus archiving this target is going to be a challenging factor.

She has however said that the authority has high hopes in some of tax reforms that were introduced including taxes on wheat grain, rental tax and others as a likely source of additional taxes.