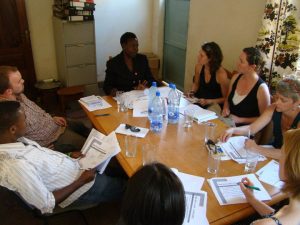 The Land and Equity Movement in Uganda which is involved in land rights and reforms has asked MPs to advocate for the withdraw of the proposed bill that seeks for an amendment to article 26 of the constitution  to provide for compulsory acquisition of land for government development projects.

The Executive Director, the Land and Equity Movement in Uganda, Judy Adoko, says that government should first amend the land Acquisition Act of 1965 so as that it is in  line with Article 26 of the constitution.

While addressing MPs during a workshop last week on customary land tenure system held at parliament , Adoko argued that by government proposing that the disputed compensation money be deposited in court I would be changing the purpose of court from that of deciding on disputes to that of a bank.

She said that the proposed amendment of article 26 of the constitution should not confuse functions of the institutions but put them to their intended use.

She added that the amendment is pushed to make easy for government to take the affected persons land.