Minister Muloni to track pledges and ensure they are fulfilled 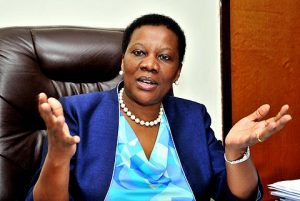 The Minister for Energy, Irene Muloni, has been tasked on  ensuring that Presidential power pledges are fulfilled to enable Ugandans in different communities to engage in meaningful projects.

Members of Parliament sitting on the Infrastructure Committee led by Mukono North MP,Muyanja Senyonga, asked the minister to act on the pledges because many of the them have over stayed.

Senyonga  says that the islands and  many sub counties across the country  have had their presidential pledges on power spanning more than 20 years but nothing is done fulfill them.

He says that some parts of the country are lagging behind for lack of power and once it is delivered it will kick start many income generating projects.