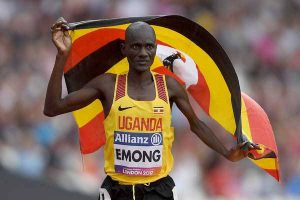 He however urged government and all stakeholders to support Emong as much as possible to win more medals and also break the para athlete world record champion.

The motion was seconded by the representative for Persons with Disabilities, Hellen Asamo, who says that parliament should also give a financial contribution to Emong like it done in the past for the national football and netball teams.

Kitgum MP Beatrice Anywar however says Parliament should not just give handouts but come up with mechanisms to reward great performers in various aspects including sports.

The opposition minister of sports Allan Sewanyana urged parliament to task government to ensure it fulfils its pledges to the athletics and sports men citing that government promised that any athlete that wins gold in international competitions will give a monthly salary of  5 million shillings and hence would like to see Emong enjoy the same.