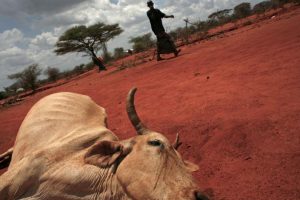 Climate Change and its effects on African Wildlife

Extreme heatwaves that kill even healthy people within hours will strike parts of the Indian subcontinent unless global carbon emissions are cut sharply and soon, according to new research.

Even outside of these hotspots, three-quarters of the 1.7bn population – particularly those farming in the Ganges and Indus valleys – will be exposed to a level of humid heat classed as posing “extreme danger” towards the end of the century.

The new analysis assesses the impact of climate change on the deadly combination of heat and humidity, measured as the “wet bulb” temperature (WBT). Once this reaches 35C, the human body cannot cool itself by sweating and even fit people sitting in the shade will die within six hours.

The revelations show the most severe impacts of global warming may strike those nations, such as India, whose carbon emissions are still rising as they lift millions of people out of poverty.

“It presents a dilemma for India between the need to grow economically at a fast pace, consuming fossil fuels, and the need to avoid such potentially lethal impacts,” said Prof Elfatih Eltahir, at Massachusetts Institute of Technology in the US who led the new study. “To India, global climate change is no longer abstract – it is about how to save potentially vulnerable populations.”

Heatwaves are already a major risk in South Asia, with a severe episode in 2015 leading to 3,500 deaths, and India recorded its hottest ever day in 2016 when the temperature in the city of Phalodi, Rajasthan, hit 51C. Another new study this week linked the impact of climate change to the suicides of nearly 60,000 Indian farmers.

Eltahir said poor farmers are most at risk from future humid heatwaves, but have contributed very little to the emissions that drive climate change. The eastern part of China, another populous region where emissions are rising, is also on track for extreme heatwaves and this risk is currently being examined by the scientists.

Their previous research, published in 2015, showed the Gulf in the Middle East, the heartland of the global oil industry, will also suffer heatwaves beyond the limit of human survival if climate change is unchecked, particularly Abu Dhabi, Dubai, Doha and coastal cities in Iran. 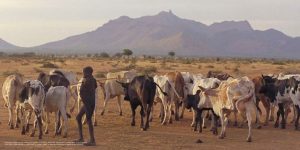 The new work, published in the journal Science Advances, used carefully selected computer climate models that accurately simulate the past climate of the South Asia to conduct a high resolution analysis of the region, down to 25km.

The scientists found that under a business-as-usual scenario, where carbon emissions are not curbed, 4% of the population would suffer unsurvivable six-hour heatwaves of 35C WBT at least once between 2071-2100. The affected cities include Lucknow in Uttar Pradesh and Patna in Bihar, each currently home to more than two million people.

Vast areas of South Asia – covering 75% of the area’s population – would endure at least one heatwave of 31C WBT. This is already above the level deemed by the US National Weather Service to represent “extreme danger”, with its warning stating: “If you don’t take precautions immediately when conditions are extreme, you may become seriously ill or even die.”

However, if emissions are reduced roughly in line with the global Paris climate change agreement, there would be no 35C WBT heatwaves and the population affected by the 31C WBT events falls to 55%, compared to the 15% exposed today.

The analysis also showed that the dangerous 31C WBT level would be passed once every two years for 30% of the population – more than 500 million people – if climate change is unchecked, but for only 2% of the population if the Paris goals are met. “The problem is very alarming but the intensity of the heatwaves can be reduced considerably if global society takes action,” said Eltahir.