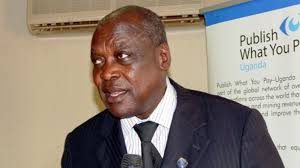 Government has assured Ugandans of a stable supply of fuel in the country as Kenyans prepare to go to polls on Tuesday August 08, 2017.

The assurance was given by the state minister for minerals, Peter Lokeris, while presenting a statement on fluctuating fuel prices in the country and the state of preparedness in case of fuel supply shortage.

Lokeris says that the current fuel stocks in the country stand at 16 days’ supply of which ten days which amounts to 54 million liters are provided by the private oil marketing companies while the six days are stocked by the government at their storage facilities at Jinja.

Lokeris also says that the supply situation is predicted to remain steady before elections in Kenya and these stocks will be available to mitigate any supply disruption while availing room for mobilization of other stocks through Tanzania.