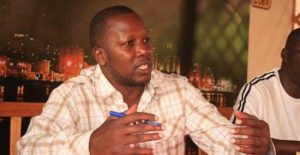 The Central Executive Committee of the National Resistance Movement (NRM) has told that party members to abandon the advocacy for the lifting of the Presidential age limit in the constitution.

Speaking to journalist at NRM offices in Kampala some of the NRM central executive committee members attacked some of the party members advancing the amendment of article 102 (b) in the constitution to lift the presidential age limit.

A section of NRM members had started going around to popularize the amendment of article 102 (b) of the constitution to remove the presidential age limit.

The group said that the party members should channel their views through established part organs for consideration instead of moving out without the party mandate to advocate for the issue which is not agreed upon.

The vice chairman NRM party in Kampala district Godfrey Nyakana Amooti said that the party members should focus on transition from President Yoweri Museveni’s generation to the younger generation.