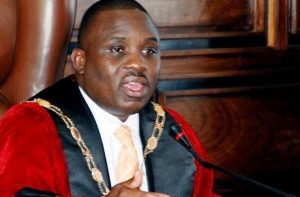 Kampala Capital City Authority (KCCA) councilors have moved a motion to support the three children of the vendor who died last Friday after she was running away from the authority enforcement officers.

The motion follow a 35 years Olivia Basemera who drowned and died in Nakivubo channel after it was alleged that the enforcement officers were chasing her over vending on the streets.

According to the Kampala Lord mayor, Erias Lukwago, the investigations he carried out indicates that the lady drowned after involving a chase by the KCCA enforcement officers and the authority must take responsible of the family and what happened since.

He also notes that the channel was also a responsibility of KCCA to keep the channel clean as well as scaring people most especially the vendors.

The motion went into a vote as to whether the authority should take care of the orphans or not with 26 councilors voting in favor of the motion while others declining to vote.