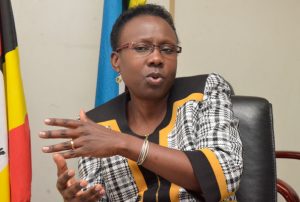 The Ministry of Health on Wednesday  confirmed the outbreak of measles in Kampala and Wakiso districts.

Health Minister Dr. Jane Ruth Aceng says that their surveillance and case findings indicates that a total of 67 cases so far been identified and of these, seven have been confirmed by the laboratory tests within the month of July.

Measles is an airborne disease that affects mainly children aged between six months and10 years of age although it can also affect adults.

Dr. Aceng emphasises that a number of measures to control the spread of measles have been taken by the ministry include investigating the extent of spread within Kampala and Wakiso and also undertaking immunisation programmes of children.