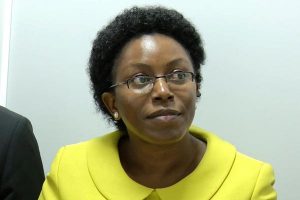 The Uganda National Bureau of Standards (UNBS) have revealed that they have never issued a certificate standard to certify the equipment used by SGS company that has been inspecting the vehicles in Uganda.

Appearing before the Physical Infrastructure Committee of Parliament chaired by Luwero Woman MP, Eng Lillian Nakate, the acting executive director UNBS, Patricia Bageine Ejalu, said that they were invited by the ministry of works in late November 2015 in a meeting where they were drafting the regulations yet they the contract was signed in March 2015.

She also added that they sent some of their staff to some SGS stations and they found out that the company has one equipment that inspects all types of vehicles in the country irrespective of the manufacturer and they can only inspect old vehicles.

She has also admitted that they don’t have capacity to inspect all the equipment brought in the country for different roles.

She has also noted that there are a number of contracts signed by government without the UNBS involvement to advise on the standard of the equipment and work to be done in Uganda.

She advised that there is a need for government to involve UNBS to have the right Ugandan standards to the government contracts.

However, the executive director UNBS and her team first committed themselves that they were involved in the inspection of the equipments used by SGS but when grilled by members of Parliament sitting on the committee she has been forced to change her statement and apologized to the members for giving false information.

Parliament issued an order for SGS to stop inspection of the vehicles in Uganda and forwarded the matter to the committee of physical infrastructure for investigation.