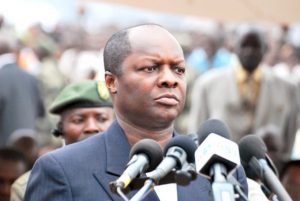 His Majesty Ronald Muwenda Mutebi, the Kabaka of Buganda

His majesty the Kabaka of Buganda, Ronald Muwenda Mutebi, has warned his subjects against taking their lives for granted by thinking that there are drugs to treat the HIV/Aids virus saying they should fully double their protection methods against the disease.

Speaking at the opening of the 25th Lukiko at Bulange Mengo on Monday, the Kabaka reminded the subjects of the ever increasing number of new infections among the populace which he says is worrying the leaders and hence the strong call to his subjects to protect themselves against contracting the disease.

He further wants government not to go ahead with its plans to amend the land act to make it compulsory for it to take land for development and later compensate the owners which the Kabaka says is very wrong and he urges govt to consider diplomatic negotiations with land owners before taking their land. 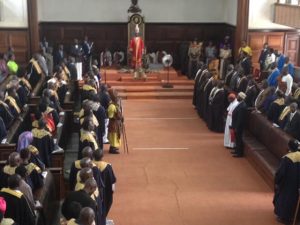 In the same Lukiko, the Kabaka also recognized and honored a number of his subjects who have excelled in serving the kingdom and the nation as a whole, among them being the late Yyvone Namaganda who died in the Buddo junior school inferno in 2008 while saving lives of her fellow pupils, Rose Kyateka who also served in the health sector among others.