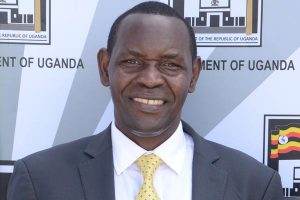 Members of the Parliamentary Committee on Natural Resources have said they  plan to carry out an oversight visit following complaints over illegal eviction of artisan miners in Mubende district.

This stemmed from a submission by Kassanda North MP, Patrick Nsamba, accusing the energy ministry of using the army to evict the local people from their source of livelihood without involving the local leadership.

Nsamba’s issue was among several ones raised by the committee and were responded to by the State minister for Energy Simon D’ujanga together with the permanent secretary of the ministry Dr. Robert Isabaija.

The furious legislator said it was unfortunate that over 60,000 Ugandans were chased from Rugingi mining center in Mubende two weeks ago in favour of one investor in the names of Gameston mining company.

He says artisanal miners can co-exist with the investors like in other countries.

However, the permanent secretary Dr. Robert Isabaija says the artisanal miners were even using bulldozers, trucks, deadly chemicals like mercury which has degraded the environment.

Isabaija together with minister D’ujanga insists that the three months process of organising these miners will see the mining industry put right by even limiting it to only Ugandans unlike the situation now.

The committee later resolved to go for a fact finding mission next week in the said mining center to see how the peasants can be helped.

But Rukungiri Woman MP Winnie Matsiko wants the team’s security given top priority because the director for geological survey Edward Kato says the artisanal miners locked him up when he visited the site recently.

The committee chairperson and also Isingiro MP Alex Byarubaga has asked the responsible authorities to ensure the team will be secure.