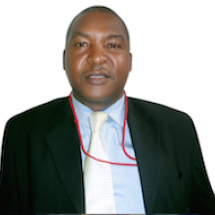 Government has released the 2014-2016 Uganda National Population Based Tuberculosis Prevalence Survey showing 89,000 people get infected with TB every year.

While presenting the report in Kampala, Dr Bruce Kirenga, and a TB Principal Researcher at Makerere University says the current disease burden is higher than previously with 253 per 100,000 people affected compared to 159 per 100,000 in 2015.

According to the report, over 41,000 individuals from 57 districts were screened for TB using combined symptoms and chest x-ray strategy and 12.5% which 5,144 people had signs of the disease.

Kirenga further says that men are four times affected by the disease compared to women yet people aged between 34-44 have the highest burden of TB whereas the 15-24 age group has the highest missed cases.

However, the Ministry of Health National TB and Leprosy Program Manager Dr. Frank Mugambe discloses that HIV prevalence among TB patients is still high at 27% yet urban areas have a higher burden compared to rural communities.