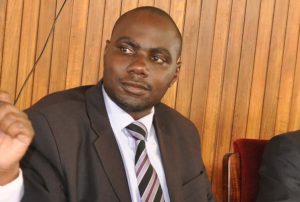 Hon Henry Musasizi the chairperson of the parliamentary committee on finance

Members of Parliament have expressed mixed reactions over the president’s order for a review of the public service by scrapping, downsizing and merging government agencies and authorities as a way of dealing with wastage of resources.

A section of MPs have said that there are many government agencies and authorities which can be scrapped and their absence will not be felt by government and the public.

MPS who include the MP for Nakaseke County South, Paulson Kasana Lutamaguzi,the Busiro East MP,Merdad Segona and Mbwatekamwa said that the Authorities have been consuming tax payers for nothing since most of them have failed to perfom to expected standard.

However, the MP  for Bubulo West, Rose Mutonyi Masaba, is concerned that the scrapping of some of government agencies and authorities may expose many Ugandans to unemployment and thus called for placing the employees in the would be affected agencies to ministries.

The chairperson of the parliamentary committee on finance who is also the MP for Rubanda East, Henry Musasizi, said some authorities are still needed though there those which are duplicating the ministry’s  work.

There about 40 government agencies and authorities under different ministries