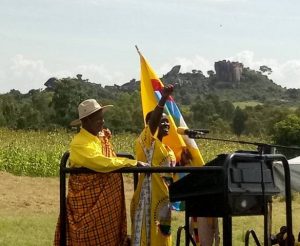 Akello was declared the winner of the by-election by the Returning Officer for Kaabong District, Mrs.Sarah Iyolu after garnering 2, 814 votes out of 43965 total votes cast against her closest rival Tubo Christine Nakwang, an independent who got 2, 558 votes.

The seat fell vacant in June after The Court of Appeal sitting in Kampala upheld the judgment by Soroti High court nullifying the victory of Christine Tubo as Kaabong woman Member of Parliament over non-compliance to electoral laws.

In its judgment, the panel of three justices of the Court of Appeal comprising of Justice Richard Butera, Justice Owiny Dolo and Justice Kenneth Kakuru maintained that Tubo was elected irregularly.