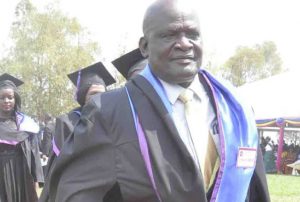 The elected Members of Parliament representing people with disabilities, William Nokrach,  for northern Uganda and Hood Katuramu for western Uganda have this afternoon taken oath.

It  should be noted that last month court nullified the election of both MPs due to electoral malpractices and fresh elections conducted which the 2 won again.

The oath was administered by both the Clerk to Parliament, Jane Kibirige and witnessed by the Speaker, Rebecca Alitwala Kadaga, who presented the MPs with a copy of the constitution and rules of procedure of Parliament

The MPs after swearing in said that there main aim is to lobby for implementation of laws that address issues that affect people with disabilities.