Government starts temporary repair of the collapsed Cheptui Bridge on Muyembe –Napiripirit Road and to be completed in the next four weeks .This has been disclosed by the minister of state for works General Edward Katumba Wamala while responding to the concern regarding this bridge raised by Bulambuli county MP Alex Burundo in parliament . 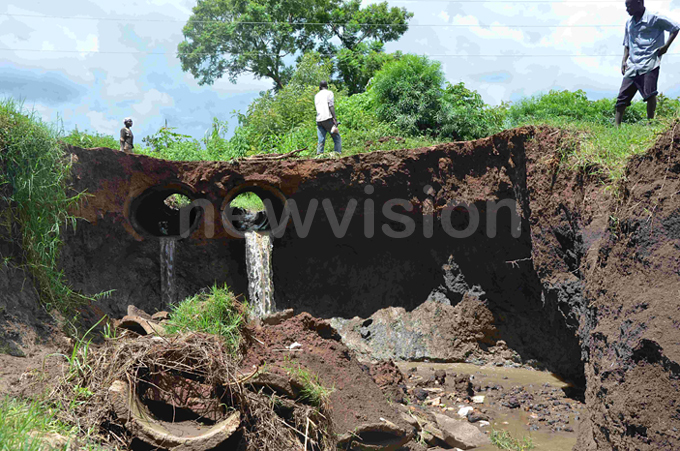 The bridge collapsed due to overloaded trucks using this route carrying marble from Karamoja. Katumba Wamala said that UNRA has already procured materials to commence the repair on this road and it will be ready within four
weeks in the temporary arrangement and permanent construction of this bridge will be done when government is upgrading Muyembe-Napiripit road after compensating the affected persons.
He said that UNRA is planning to employ mobile weigh bridge to apprehend overloaded trucks which routinely damage the bridge and advised all truck drivers carrying marble stones to use Moroto – Soroti road