Uganda Police one of the best in Africa – Kasingye 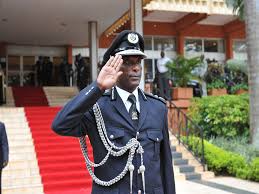 The International Science Association (IPSA) and the Institute for Economics and Peace (IEP) recently released the WISP report that ranked the Uganda Police among the worst five Police Forces in Africa.

AIGP Asan Kasingye said that   the Uganda Police Force is studying the report and soon will release a statement based on the four domains of capacity, process, legitimacy and outcomes that were based on to make the report.

He said they are one of the best Police Force in the region and Africa, if indeed researchers followed these domains. He said that Uganda police has achieved a lot in terms of human capacity building of the institution through human resource and non-human resource functions.

He added that the Uganda Police Research, Planning and Development Directorate will soon make its report that will be availed to the media.