Why Kansingye was dropped as police spokesperson 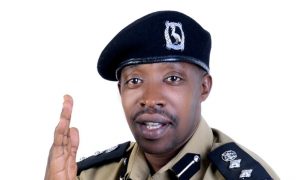 But why was Kasingye dropped in the latest reshuffle? Below are reasons doing rounds on social media.

One of the shortest serving police spokespersons, Kasingye, often contradicted himself and his superiors on a number of issues.

Just this week, Kasingye contradicted his earlier statement that had rubbished a New Vision story that reported that US Federal Bureau of Investigation (FBI) had joined investigations into the serial murders of women in Wakiso district.

The arrest of senior police officers

Several police officers have recently been arrested by the army’s investigation wing over various accusations. This brought tension within the force and Kasingye had to deal with the negative publicity and what looks like a turf war between security agencies within police, army and intelligence.

RELATED: Uganda Police one of the best in Africa – Kasingye

In a communiqué passed to all units, Kayihura said he was delinking, the office of police spokesperson from the political commissariat because the biggest challenge facing police now is dominant negative attitude and values which can only be sustainable cured through political education. Kasingye has been doubling as police spokesperson and Chief Police Commissar (CPC).

“I won’t have the leisure to do that as I will be taking leave of Spokesman function to concentrate on Commissariat work,” Kasingye tweeted.

One Response to "Why Kansingye was dropped as police spokesperson"