The Inspector General of Police and other police officers are to face the parliamentary committee on human rights to answer the human rights violation of suspects always released by court only to be rearrested by police.

ALSO READ: Why Kansingye was dropped as police spokesperson

This follows the recent arrest by security operatives of, Ahmad Ssenfuka, one of the seven suspects in the murder case of the former police spokesperson Andrew Felix Kaweesi shortly after he had been released on bail by the High Court, on 7th November 2017. 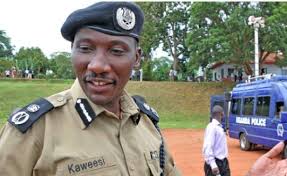 The chairperson of the human rights committee, Jovah Kamateka, said that the committee will demand for an explanation from the police officers on why they re-arrest suspects in a cruel manner which includes the undressing of Ssenfuka publically during the scuffle which violatied his rights.

Kamateka said the re-arrest was brutal, saying that all police officers who violated his rights should be brought to book to answer for their actions individually.

The IGP and other police officers behind this incident will appear before the committee when parliament resumes next week.

One Response to "Parliament to probe police over rearrests"