Army, Prisons yet to deploy at hospitals 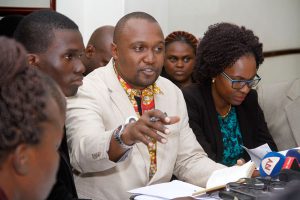 Uganda People’s Defense Forces and Uganda Prisons have so far failed to send a team of medical officers to Mulago, Kirudu and Kawempe hospitals to attend to patients.

As the doctor’s strike enters day twelve, people continue to flock government hospitals around the country seeking medical services with many ending up frustrated after failing to get help.

Over 1200 doctors are on strike and among them are specialized doctors such as cardiologists, urologists, and surgeons among others.

Under their umbrella of Uganda Medical Association (UMA), doctors laid down their tools to push government for better working conditions.

Government instead reacted by ordering them to report to work immediately or risk losing their jobs. The government through Health minister, Ruth Aceng, said UMA was not a registered workers union and therefore the strike organized under its name is illegal.

However, the doctors refused to head to the threats instead threating to withdrawal all emergency services. A multi cabinet committee was later instituted by Prime Minister, Ruhukana Rugunda, to meet and forge a way out with the doctors.

However, the meeting, organized on Wednesday at Statistics House hit a snag when government tried to plead with the doctors to return to work. The doctors insisted on their demands most importantly delivery of health equipment’s to hospitals in time, disbandment of the Health Monitoring Unit which the doctors accuse of witch hunting and a pledge by government to consider salary enhancements in the next financial year.

Since government could not heed to the doctors calls, it turned to the hard stance, ordering all striking doctors to leave hospital premises so that the army and other sister agencies could come in.

After the meeting held on Wednesday Aceng said she had notified President Yoweri  Museveni who authorized the ministry’s request to have doctors from armed forces deployed to attend to patients.

ALSO READ:Nurses and midwives distance self from doctors sue

However, since then, there are still no doctors from the forces providing health services at Mulago, Kirudu and Kawempe.

The UPDF spokesperson Brig Richard Karemire said that the army is still organizing logistics for the medical officers who are yet to be deployed. “UPDF plans to send medical personnel to beef up intern doctors who continue to handle emergency cases,” he added.

Brig Karemire says the UPDF will dispatch about 10 doctors and 20 nurses. “We cannot raise the number, we have a small team of about 10 doctors, they will come in to help the civilian doctors who are there working.”

Uganda Prisons has confirmed that they received a request from the Health ministry to deploy medical person in various hospitals. The spokesperson Frank Baine also said that the deployment of their medics “will happen anytime.”

He couldn’t specify the number of medics they will deploy. Baine says the prisons medical services department will look at its human resource before making a decision on the number to send. However, Uganda Prisons has only 10 specialized doctors.

Dr. Ekwaro Obuku confirmed the president will meet the doctors today as anticipated, the meeting is expected to bring to an end the strike, which has brought the ailing health sector to its knees.

While addressing a rally at Karambi sub-county grounds in Burahya county, Kabarole district, Museveni said the doctors are going to regret their actions of laying down tools. He warned that the doctors risk being sacked if they continue with the strike because his government is going to recruit new doctors.

One Response to "Army, Prisons yet to deploy at hospitals"