Marijuana users are more likely to be creative, study suggests

However, this does not necessarily mean that marijuana makes people more creative.

Researchers from Washington State University conducted a study on 412 cannabis users and 309 non-users.

Only sober users were assessed, rather than people who were acutely high on cannabis.

All participants were asked to undergo a series of psychological tests.

Those who smoke cannabis self-reported higher levels of artistic creativity than non-users, however they did not appear to have produced more creative works or achievements. 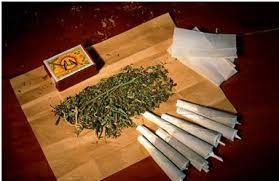 All participants were asked to undergo a series of psychological tests.

The study also revealed that cannabis users were more likely to be extroverted and more open to new experiences.

And cannabis users performed better in convergent thinking tests, this meaning they have a higher ability to solve problems by bringing together various ideas to find a single optimum solution.

“I became interested in this topic upon the realisation that a number of my favourite musicians and artists were well known for their cannabis use, and that this cannabis use was commonly thought to have been a cause of the creative success of many artists,” explained study author Emily LaFrance, a graduate student at Washington State University.

“I began to wonder about this commonly held idea – are cannabis users really more creative than non-users? And if so, is this because cannabis use makes them more creative, or is something else causing differences in creativity between users and non-users?”

But LaFrance and her team found that the statistical relationship between creativity and cannabis use vanished if they took into account the effect of openness to experience.

Essentially, it’s likely to be cannabis users’ openness to experience that is responsible for their higher levels of creativity.

“The average person should understand that according to the results of this study, cannabis users may be more creative than non-users, but this is not because using cannabis has increased their creativity,” LaFrance told PsyPost.

“Instead, cannabis users tend to have different personality traits (they are more open to experience) than non-users, and this openness to experience is associated with both cannabis use, and heightened creativity.

“So, cannabis use does not increase creativity, but certain personality traits tend to increase the likelihood that one will use cannabis, and that they will also be more creative.”