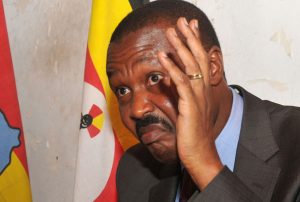 Gen. Muntu is seeking for the second and last term as FDC president

A total of 1,209 delegates from the Forum for Democratic Change (FDC) party will today cast their votes to decide the next party president for the next five years.

The delegates, who convene today at Namboole Stadium, will decide on who will be their next president with the choice appearing to be between internal institutional building and transition to a new direction.

However, the race is tight between Muntu and Amuriat. But there have already been counter accusations about plans to rig the elections, between the two factions.

Gen Muntu seeks for a second and last term and his manifesto is based on reinforcing party organs, right from the grassroots while Patrick Amuriat Oboi represents defiance and ‘radicalism’ which describes FDC’s foundation politics.

ALSO READ:President Kenyatta walks from his office to meeting at Treasury