Parliament has paid tribute to the late former Deputy Chief Justice Leticia Mary Mukasa  Kikonyogo  who passed away at Mulago hospital  after losing battle to  a heart attack. 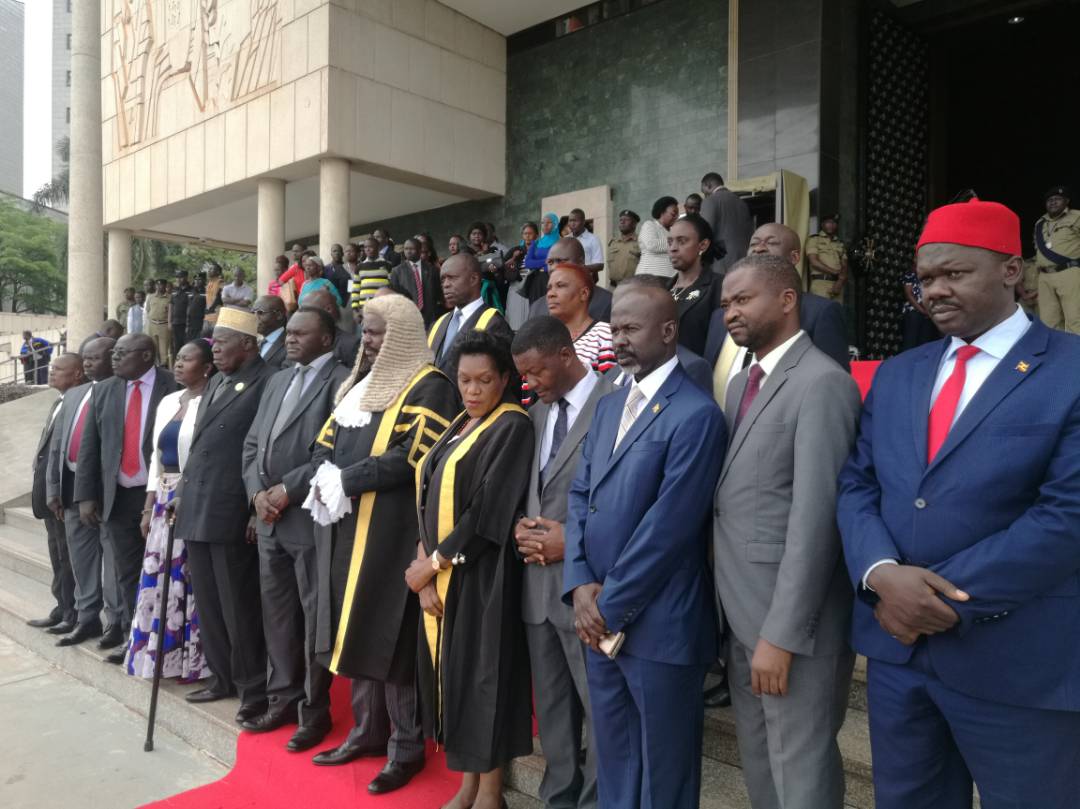 MPS in a special sitting eulogizing  the  late  and chaired by the deputy speaker Jacob Oualanyah  recognized the justice kikonyogo  as an advocate of justice, rule of law, good governance and independence of the judiciary.

The motion paying the tribute to the late former deputy chief Justice was moved by the first deputy prime minister, General Moses Ali and seconded by the deputy leader of opposition Roland Kaginda Mugume and Agogo county mp Makmot Edward on behalf of independent mps.

General Ali described the late lady justice kikonygo as a person whose life inspired the women in a male dominated society.

The deputy leader of opposition Roland Mugume kaginda blamed government  for delay to pay the late deputy justice benefits saying that she must have  died with a lot of pain.

Kaginda asked government to speed up the judiciary employee’s remuneration and their retirement benefits to motivate them to administer justice.

The deputy Attorney General Mwesigwa Rukutana said that her death is a great loss to legal fraternity.

Rukutana also  rejected  reports  that the Kikonyogo   died before receiving her benefits .